The folk story is a tale passed down from generation to generation typically by verbally, unwritten literature about myths, fairy tales, traditional beliefs, fables, and cultural practice among peoples handed down between generations by telling stories to each other out loud.
Srilanka is a country that has great Historial records and a great civilization and a rich culture dates back to thousands of years. So it was blessed with good oral and written literature. Many of the folk stories in Srilanka have buildup by illustrating this historical value. Below you can find some folk stories popular in Sri Lanka.

Maha Sona is a fearsome demon in Sinhalese folklore, most powerfull demon second to none, who is believed to haunt afterlife especially on graveyards surrounded by human corpses, large rocks and hills, and Junctions where three roads meet, are the most common haunting grounds of this demon. Demon kills its human prey by crushing their shoulders and also by afflicting illnesses. Usually kills people at night and dusk when confronted alone and leave his mark of a hand embossed on the flesh of the body after this, he also able to possess humans. In such cases, exorcism rituals are performed by Kattadiya (exorcist specialist) to repel the demon.

Maha Sona is formally known as Ritigala Jayasena, a human warrior giant who served in King Dutugemunu's army among the 10 great Giants. There was a celebration after the victory from the war between invading king Elara and King Dutugemunu. 10 Great Giants also participated in this ceremony with their family.


Jayasena offended another fierce warrior in a drunken stupor by insulting his beautiful wife. Gotaimbara challenges him for a battle and schedules a date and the time to the fight on a graveyard. On the scheduled day, The fight was started with a grand ceremony. They fought with each other showing their strength.


They schedule the Date and the Time to the fight at an open Graveyard. On the scheduled day, The fight was started with a grand ceremony. They fought with each other showing their strength. Gotaimbara decapitates Jayasena by a single flying kick on to Jayasena's head. 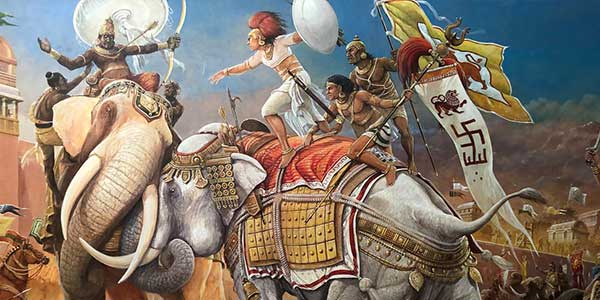 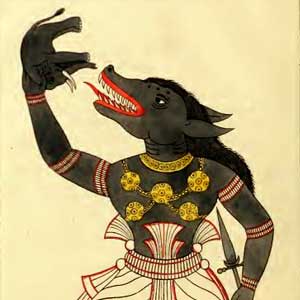 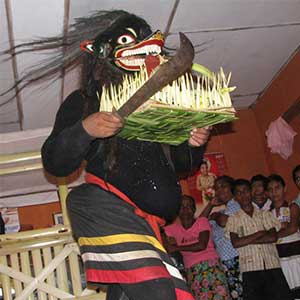 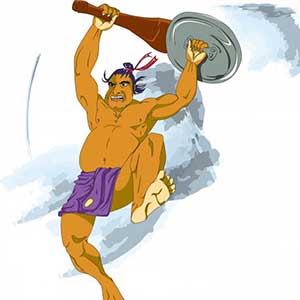 Seen the embarrassing situation of Jayasen, a deity called "Wesamuni" took pity and tries to resurrect before cadaver goes cold, the deity couldn't find his head on time. Time is passed, there is no more time left before the body goes cold forever. In the chaos of finding Jayasena's head, the deity found a bear head in a hurry and fits the bear head backward to Jayasena's body and revives him with grotesque form, he also gave him some supernatural powers to the newly born demon.


People who encountered him terrified to the point of falling ill mostly because he was found on graveyards. This new persona is dubbed as 'Maha Sona' meaning in Sinhala "Great Demon of the Graveyard".

In ancient times, there was a comedian in the palace. His name is Andare and his duty was telling funny stories to keep the king smiling. In that period there was a paddy field event to select the best Farmer. One day, a farmer came to the castle to meet the King, to tell a problem he was facing. There was a big stone in the middle of his paddy field, so he couldn't grow paddy for the event. The King commanded the men to remove it. Everybody couldn't move it. But Andare agreed to remove it with some condition. He asked to live in one month wealthy and healthy as a King. So the king granted his request and provide the luxury life he requests for one month. 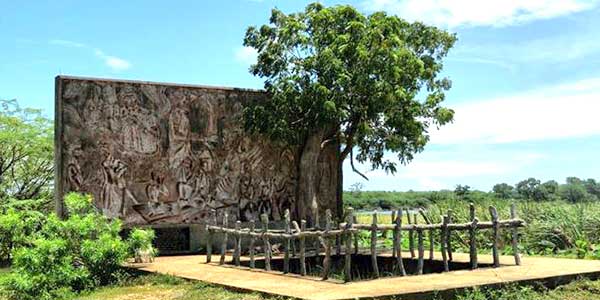 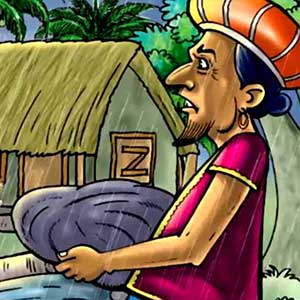 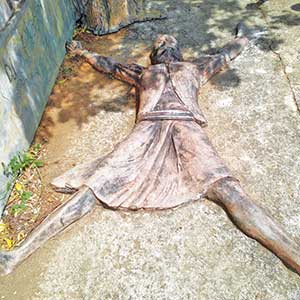 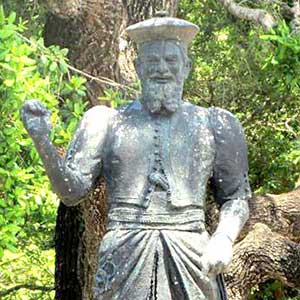 After one month many people eagerly gathered to see his superhuman work. While everyone watching, he asked four strong men from the King to lift the stone and put it on his back so he can piggyback it to another location. Then the king asks, "you have promised to move the stone! and why you are not doing it by your self?" Andare replied "yes you highness what I promised is, to relocate the stone and I will do it gladly if someone lifts the stone and put it on my back. Everyone laugh, however king himself is a bit angry about his notorious action but forgave him since he did not contradict what he said early.

There was a King named Kalantissa who ruled in Kelaniya. According to legend, it is believed that King Kalantissa murdered a high priest of a monk and threw the body into the sea. Because of this wicked reason ocean has flooded. People were scared and went to the King for help. Astrologers told him to sacrifice his most beautiful daughter Devi to the Ocean. It was the only way to save the land.


A Golden Boat was built and Princess Devi was sacrificed to the sea. The sea suddenly turned calm. The Boat went toward Kirinda in down south. The People in Kirinda saw the boat and informed it to King Kawantissa. He went to see this beautiful lady from the Sea. He took princess Devi to his palace. Some times after he fell in love with her and she became his queen and lived happily ever after.

The farmer went to Heaven

There was a Gamarala (farmer) in a village. One day he noted that a wild animal has eaten his crops and learn there were big rounded marks like Wangedi (Rice Motor at the Kitchen) He thought it was Wangedi witchcraft works. He told villagers to tie up their Wangedi and villagers did exactly as he said. The next day when he went to Paddy Field, he saw the same outcome. He decided to keep watch at night, on the dead of the night suddenly a wonderful tusker came to the paddy field and began to eat, the crops when the Elephant tries to leave, he ran and caught it by his tail. Then the elephant takes off to the sky. After a long journey Elephant landed on the beautiful garden above the clouds. The next day he returned with the tusker to the earth and told his unbelievable story to his family that he went to heaven by hanging to the tail of flying elephant. On the following day, his family was ready to go to heaven with him. The Farmer held the elephant's tail then his wife caught farmer's legs and his child and friends also held the other's legs as a chain. When they were flying, the farmer told about the Watermelon in heaven and show it's size to others using his hands. At once, all of them fell off to haystack and the elephant never return.

In Ancient times in Sri Lankan, King Dhatusena built a great Tank in the Northern Province. There was a boy near this tank called "Kala". On a rainy day while he was walking in the Bank of the Tank he noticed a tiny leak on the Embankment. He noted this tiny leak was increasing. He didn't have enough time to take people to repair. He put his head to the hole and stayed the whole night. He died of this incident. People believe that he was reborn as a God, also the tank was named after Kala by to this day it is called "Kala wewa" (Kala tank)